Richie Cook has been a performer, director, and teacher in the Savannah Area for fifteen years. He is a theatre instructor at Savannah Arts Academy working with Chatham County’s most talented young theatre artists. Before moving to Savannah, Richie performed for Holland America Cruiseline, Dollywood Theme Park, and Country Tonite Theatre in Pigeon Forge, Tennessee. He holds an MFA in Media and Performing Arts from SCAD and has a Bachelor’s degree in art from the University of Tennessee. Richie works with many theatre organizations in the area including Savannah REP, Savannah Children’s Theatre, the Historic Savannah Theatre, Bay Street Theatre, and The Arts Center of Coastal Carolina in Hilton Head, South Carolina. Shannon joined the core cast at the Savannah theatre in 2005 and has been performing professionally since 2000 in theatres across the country and is currently represented by East Coast Talent Agency. Favorite roles include Eponine in Les Miserables, Jovie in Elf: The Musical, and Pippi in The Great American Trailer Park Musical. Shannon is married to Mike Zaller, a fellow cast member at the theatre, and together they have 4 really cool kids. She has also been a professional portrait photographer for over 15 years.  www.shannonzaller.com 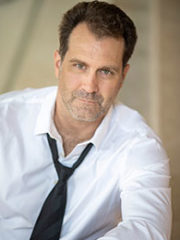 F Michael Zaller has been seen at the Savannah Theatre over the past 20 years in numerous shows including: Mamma Mia, Les Mis, Grease, Elf the Musical, Sister Act, 9 to 5, The Great American Trailer Park Musical, A Closer Walk with Patsy Cline, Little Shop of Horrors and many musical variety shows. Some favorite roles outside Savannah include: Billy in Carousel, George in Sunday in the Park with George, Curly in Oklahoma, Benny in Guys and Dolls, and Will Rogers in the national tour of The Will Rogers Follies (’05-’06 tour) Jabre Brown is a native of Savannah, Georgia.  A recent graduate from Savannah State University with a degree in Global Logistics/International Business.  Jabre started singing in church at an early age and has been making music ever since.  He has been seen starring in shows at the Savannah Theater since 2018 and most recently performing with the vocal group Legacy on Celebrity Cruise Lines. He is currently getting his masters degree in Business Administration at SSU. When not studying or performing, Jabre enjoys playing tennis and training as a boxer.  He is the oldest of 14 siblings and would love to one day perform on Broadway! A native of Savannah, Georgia, Huxsie Scott is regarded as one of the greatest jazz/blues artists ever to live and perform in the Savannah Coastal Area. Huxsie began her career as a jazz vocalist in 1973. She has performed with many of the area’s premier  jazz ensembles and symphony orchestras and was a featured opener for such jazz greats as the late Lionel Hampton and McCoy Tyner. She was the original vocalist for the Savannah Jazz Orchestra and worked as the featured vocalist for jazz great and savannah resident, bassist Ben Tucker. In 1987 Huxsie came full circle and went back to her roots, singing Gospel and Inspirational music. She has recorded four full Gospel projects, an album of Johnny Mercer music and a self titled album of her favorite standards. Huxsie has been a featured vocalist at the Savannah Theatre since they opened in August of 2002. She is also a staff member in the music ministry at Overcoming By Faith Church. She is the proud mother of twin daughters and a son, the grandmother of eleven and great grandmother of one. Raised in Brunswick, Georgia, Danielle joined the cast of the Savannah Theatre September of 2004. Her music career began while in high school performing with the Jekyll Island Big Band. She went on to receive her B.A. in Music Performance at Brevard College, Brevard, North Carolina in 2001. While attending at Brevard, she was featured on Baritone Saxophone with the Summer Jazz Workshop Faculty Band presenting the music of the Miles Davis Nonet in 1998. Playing the songs Rocker, Israel, and Jeru, the band was also featured on NPR hosted by Branford Marsalis. Danielle studied abroad in Altmünster, Austria in 1999, studying German as well as participating in the local Musik Kapelle. In 2000, while playing Baritone Saxophone in the Brevard College Saxophone Quartet, they performed at The 12th World Saxophone Congress in Montreal. Danielle is proud to be a part of such a great group of people and performers here at the Savannah Theatre. She would like to thank her family for believing in her and all of her mentors. Michelle Meece is a Wisconsin girl firmly planted in the deep South. Having moved here almost 20 years ago to renovate and found the Savannah Theatre project, she now calls Savannah home. Michelle holds a BA in vocal performance from the University Wisconsin-Madison and is grateful to be using that training still today.  Favorite shows & roles include: Les Miserables (Cosette), Grease (Sandy), Mamma Mia (Rosie) and TL5Y (Kathy).  Michelle has three wild children, a loving husband, an insane goldendoodle, two hamsters and a very full heart.  She also loves Jesus & her mama.   Enjoy the show y’all! 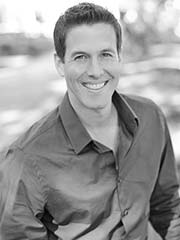 Matthew Meece is originally from Dallas, Texas and graduated from Texas Christian University with a degree in Psychology (Random right?).  He moved to Savannah, as one of the owners of the production company that renovated the theatre and continues to produce the shows. He has been in what feels like 4 billion shows on the Savannah Theatre stage.  He would like to thank the talented cast and crew for putting up with our craziness and for keeping this amazing Theatre going. Matthew is happily married to fellow cast member and owner Michelle Meece and they have three children, Cameron, Sutton and Maryn. He would also like to thank his supportive parents for showing him the ropes of Show Biz. (Oh, and this photo is like 10 years old and that shirt makes me look a little weird.)